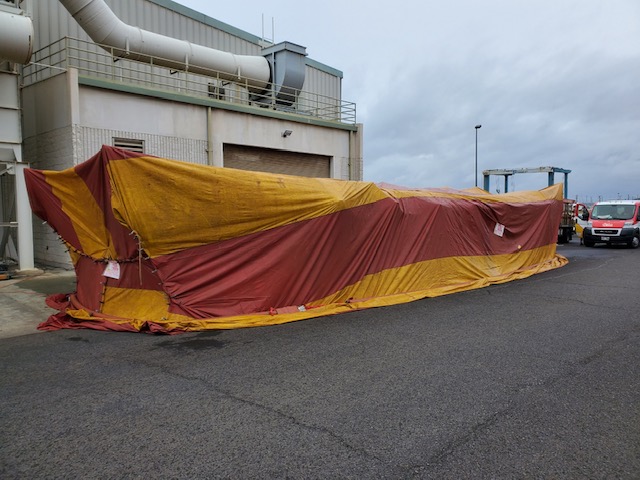 “On 4/5/22 I spent an hour and a half yesterday with the inspector from Aloha Termite, Roland Rodrigues. His conclusion is that it’s not termites. Couldn’t find droppings, and the holes are not of the type made by termites. After a while he speculated that the holes were made by beetles.

He then found one albeit dead. It was tiny, but he concluded that that’s our issue. They are called “Powderpost beetles”, and apparently are not fliers. They come aboard from other pieces of wood that are already infected.” When asked if they, Aloha Termite, could treat for those, he said yes, but it would take 10x’s the amount of gas.”

We are blessed to have such an expert to spend the time to resolve the root of the problem so we may continue our work restoring Hawai`iloa. “Mahalo! to you, Roland Rodriguez, and to Aloha Termite & Pest Control for their generosity.”

There is more information on Wikipedia.

The State of Hawai`i COVID-19 infections are on the decline, however, currently experiencing upward surges in the community. It is our responsibility to make sure our volunteers/members are safe and stay well. Our Board Meetings are conducted virtually via zoom and in-person. Interested members are Welcomed to Attend so contact us to make sure you’re on the invite.

Friends of Hokule‘a and Hawai‘iloa
Starting with Bowman’s and continuing today, the Friends have encouraged and supported a pool of builders, assistants and apprentices who have successfully built or restored multiple traditional Hawaiian canoes.
» Polynesian Voyaging Society web site
» Makai Magazine website